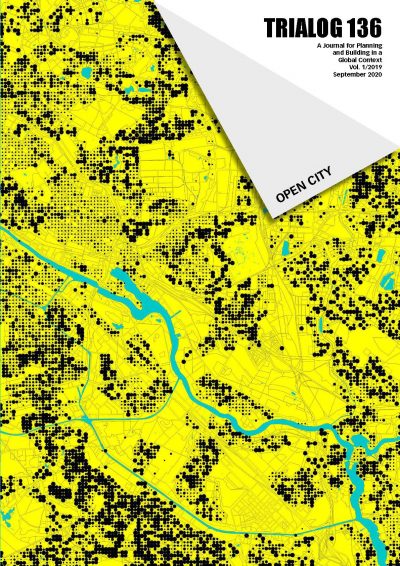 Urban researchers, practitioners from the building sector, decision makers from municipalities, and members of the interested public gathered at the OPEN CITY FORUM on 7 November 2018. The event at the Stadtwerkstatt in Berlin was held to discuss how to establish a paradigmatic shift in urban development towards the ‘open city’. The subtitle of the event was, hence, Exploring Challenges and Opportunities of Openness and its Implications on Theories, Perspectives and Instruments of the Open City. Keynote speakers were Prof. Dr. Tali Hatuka, Tel Aviv; Prof. Dr. Harald Welzer, Flensburg / Berlin and Prof. Dr. Edgar Pieterse from Cape Town, and the event put an emphasis on the exchange of ideas and discussion among all participants. The topic was taken from the ongoing research project, OPEN CITY: Theories, Perspectives, Instruments, funded by the Bosch Foundation and conducted by researchers from TU Braunschweig, the German Institute of Urban Affairs, and TU Dortmund. It was conducted in the light of the so-called ‘refugee crisis’ and the calls to close the borders to migrants fleeing conflict-ridden countries such as Syria, Afghanistan or Iraq, as well as dire poverty and exploitation in other world regions. The question of how to address the calls for closure under these circumstances was a key concern. Many societal lines of conflict arising at that time have since deepened, but some have also fundamentally altered. The coronavirus crisis has shifted reality beyond what any of us could have imagined just a few weeks ago. Many borders remain closed, flights are operating on limited schedules, and personal mobility is still limited for many. Meanwhile, health, refuge and safety have become a priority to preserve for individuals, and running basic infrastructure and healthcare are imperative to prevent the disintegration of nation states. In the context of these radical shifts, the discussions on the open city have gained new meaning.

The articles featured in this volume present a spectrum of views on the open-city debate, addressing questions on how openness manifests in different geographic contexts and conditions, how it is shaped, and how urban life could be organised in the future.

The first article, Open Planning for Emerging Surroundings. Real-world Laboratory for the City of Tarija, Bolivia, by Fabio Bayro Kaiser and Mechthild Kaiser, draws conclusions from its exploratory approach for other contexts confronted with having to negotiate conflicting interests.

Zinovia Foka presents findings from Cyprus, where the divided city provides ground for Reflecting on the Intersection of ‘Openness’ and Urban Space through ‘Access’: The Home for Cooperation in Nicosia’s Buffer Zone.

Nitin Bathla questions whether openness is a concept rooted in an urban context and investigates openness at the urban fringe in his contribution, Decentring the Open City: Examining Openness at the Agrarian-urban Frontiers in India.

Elena Porqueddu turns to cases in Latin America to question the Design for the Open City: Directing Rather than Mastering Emergent Transformations, and to contribute to a critical reflection of the design profession.

Sara Sako addresses the question of perspectives by exposing how the architectural profession and design outcomes are dominated by male social roles and their views in her contribution, Feminist Approaches in Architecture Case Studies on Villa Savoye, Villa Mairea and Larkin Company Administration Building.

Describing Peri-urban Transformations in the context of Bidadi Township
in India, Ananya Ramesh and Anurag Jain discuss whether planned cities can provide the same properties of openness provided by the cities they seek to supersede.

With this collection, thus, we gather seminal perspectives on the open-city debate and hope to stimulate further discussion.